The Chilean naturalized Mexican interpreter, Norma Montserrat Bustamantebetter known as Mon Laferte, recalled in a recent intervention the occasion in which he was diagnosed with thyroid cancer in 2010, many years before publishing his record label with which he would achieve fame Vol 1.

The one born in Viña del Mar, Chile, had the opportunity to open her heart in the most recent edition of The Interview with Yordi Rosado where he delved into the thyroid cancer that was about to put his career at risk.

The interpreter, then only 26 years old, was looking for fame in Mexico, when she began to notice that her voice was losing strength: “I started having problems with my voice, I went to the doctor and they told me: ‘turns out you have cancer there, it’s crushing everything, so you have to have surgery’”said the interpreter of tie me up

The interpreter recalled with Yordi Rosado that at that time she was still an unknown without fame, nor with the purchasing power she has now, so to make way for her surgery she decided to go to the National Cancer Institute (INCAN) where from the first interaction with the doctors who operated on her was always in good spirits despite not-so-favorable medical predictions.

“I was very positive if I can’t sing again I do something else, I can play the piano, I always thought about music. They operated on me at INCAN and I am very grateful because they received me despite being a foreigner and they operated on me very well.”, he recalled.

Later on, the now 39-year-old singer-songwriter reported that just before starting her surgery, she asked her doctors that ‘if she couldn’t sing again, not to wake her up again’: “I told them, ‘if I can’t sing again, don’t wake me up’”, he recalled with a laugh. The Interview with Yordi Rosado which lasted just over 1 hour.

Mon Laferte in The interview with Yordi Rosado Photo: Instagram/@yordirosadooficial

To end with a notorious look of longing, he indicated that the surgical procedure came out very well and that he had to rest for a long time: “But luckily I didn’t lose my voice and here I am”, he stressed.

This is not the first time that the interpreter of Your lack of love, tie me up, my good love Y If you would love me confesses some risky passage in his lifea. It was during the hit show unicable, Divine Net where the Chilean delved into the strong depression she suffered and which led her to reflect on suicide.

The recently naturalized Mexican spoke of her most recent maternity, so one of her great fears was the postpartum depression: “I thought I might have depression. I have to tell you that I take antidepressants and I’m breastfeeding my baby, but my doctor let me”, he evoked. 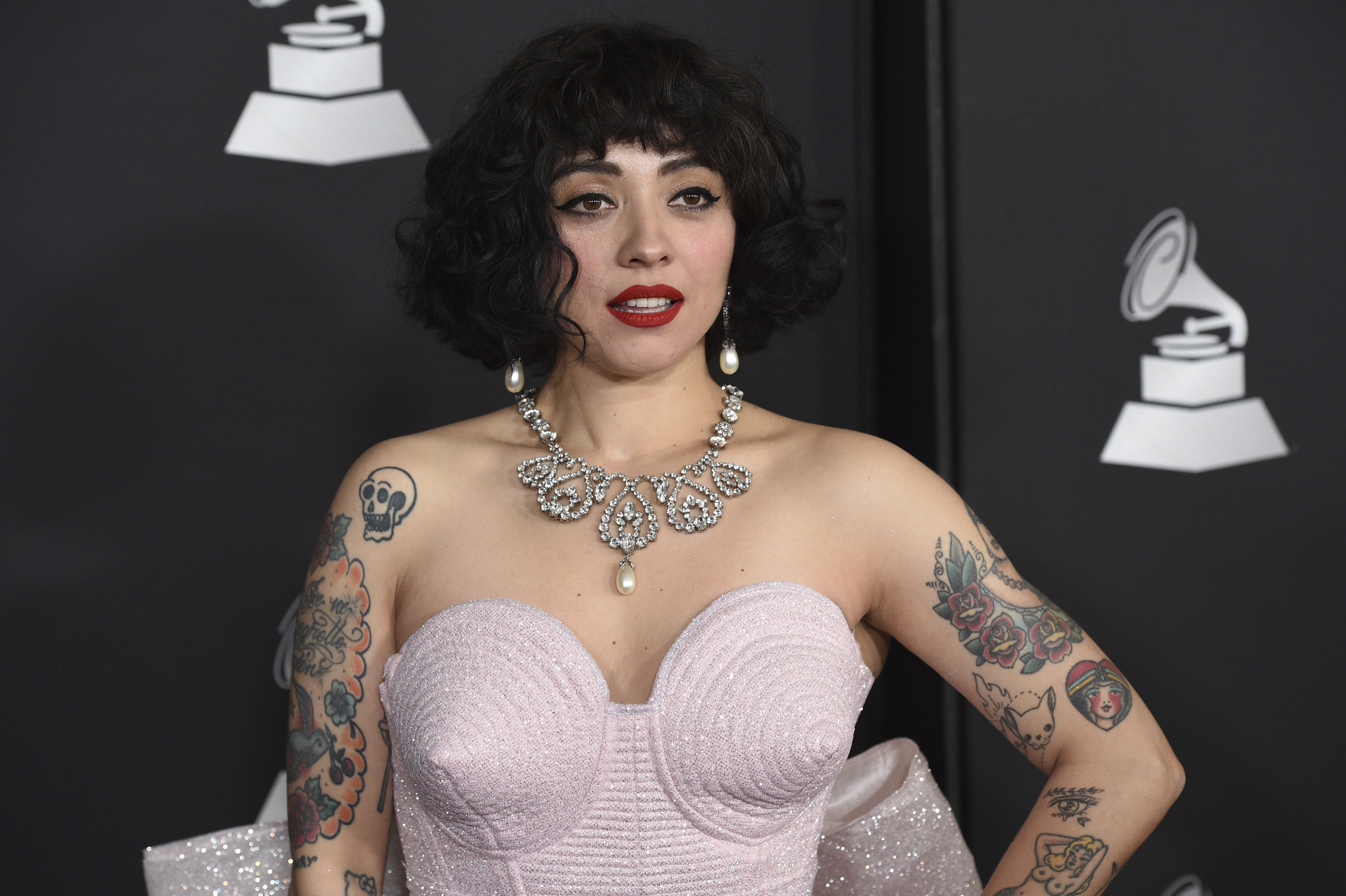 FILE – Mon Laferte arrives at the Latin Recording Academy Person of the Year ceremony for Juanes at the MGM Conference Center on Nov. 13, 2019 in Las Vegas. Mon Laferte will perform live at the Latin Grammys for which she is nominated for four awards on November 18, 2021. (Photo Chris Pizzello / Invision / AP, file)

Later and as a sign of confidentiality, Mon Laferte confessed that the antidepressant treatment to which she is subjected It is the result of a problem that appeared years ago, although now he tries to see everything as learning, so he currently goes to a psychologist to treat those thoughts.

“I got a horrible depression many years ago. I don’t know, I think it was the accumulation of life, I tried to commit suicide many years ago, so from there I have never stopped antidepressants because of my psychiatrist who tells me no, that this is not the time, “said the singer who has little over 4 million followers on Instagram.

Mon Laferte is already Mexican: “I have dual nationality”
Mon Laferte recalled when he was about to take his own life: “It gave me a horrible depression”
Mon Laferte presented her baby with tender photography: “First-time, disheveled and outdated”
© PinkAsk
Manage Cookie Consent
We use cookies to optimize our website and our services.
Manage options Manage services Manage vendors Read more about these purposes
View preferences
{title} {title} {title}